Once we started taking Reiki classes we knew we wanted to get a buffalo drum.

We really want to use it lots more in life and in healing. So it will start on our altar but will not always stay there. Most of our sacred items for the altar will be moved about as well, so they are being used and loved and so the whole of my sacred home space becomes embued with sacredness and healing.

This is my crystal bell. I’ve had it for about ten years. I’ve wanted one for so long and finally found one at a used store for about four dollars! It is about 7 inches tall and has a frosted flower pattern on it. I have always intended using it for an altar. I do use it already to cleanse my stones/crystals. I love the sound it makes.

This is my college medallion, that I received on graduating with my double major Bachelor of Arts degree in Psychology and Anthropology, at Metropolitan State University in Minnesota. I am so proud of myself and all that I overcame to finish.

It is a very sacred object to me and I usually like to have it on my desk, within easy sight. Now it will be on the desk area for my Healing Altar, right next to my computer desk.

This is a smaller sacred bag that I bought myself as a Christmas present for myself the year that I started taking Reiki classes. The small bag and bracelet are completely made of beads and thread. The bag is about 2 inches long with about another inch of fringe.

They were made by women in Central America. When I held it in my hands I knew they had to be mine.

As you can see the beads are incredibly sparkly. And that is in low lighting and no flash. I love midnight blue. That and baby blue are my two all- time favorite shades of blue.

Here is my medicine bag, a barn owl spirit bag, deerskin totem pouch. I purchased this from our blog friend, Story.

Edit: I forgot to mention the size of my bag, it is large, about 8 inches tall. It was so much bigger than I envisioned it, but actually just right for me. I had thought, oh, it will be quite small, but it wasn’t. 🙂 It is totally going to fit in just right on my altar. 🙂

Her blog is Where Spirit Stops.

Her etsy seller account is open once again and is here:

I love the owl theme. When I first saw it online I knew I had to get it.

Altars site on Tumblr.com (swearing in title, lots of photos) Altars, shrines, and other sacred spaces from all spiritual paths and traditions

How to Make a Personal Altar

How to Create an Altar

Creating Your Own Sacred Space with Homemade Altars

Setting Up a Healing Altar

A Guide to Women’s Altars

Creating Your Own Reiki Healing Altar

How to Create a Crystal Altar

How to Build a Meditation Altar

How to Build a Powerful Meditation Altar with Crystals

5 Tips for Creating an Altar for Meditation

Setting Up a Buddhist Altar

Creating Shrines and Altars for Grief

This is my second ceramic cat mask, for my healing altar, a jaguar cat. It is slightly smaller than my other mask and the face is less round. The photo doesn’t do it justice. Perhaps it will look better in photos once it is placed on a small stand.

Cats have been important to me/us all our life. That doesn’t mean that I am not a dog person too, just that it took a lot of time and effort to truly become a dog person as well as a cat person. 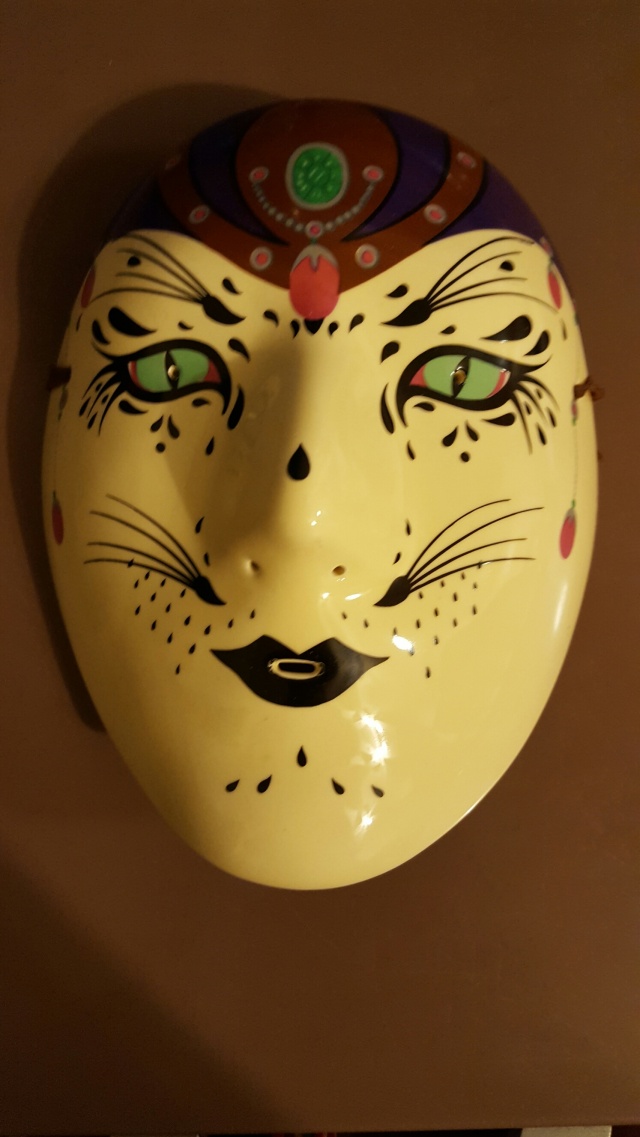 Here is one of the first items I chose for my healing altar. I own two ceramic cat masks and have had them since I was about 24, which is a miracle. They are about 8 inches tall. I have even dropped them both and neither of them have been damaged. Both of the masks have an Egyptian look to the forehead design, but this one looks more like a domesticated cat and the second one, also to be on my altar, looks more like a jaguar. 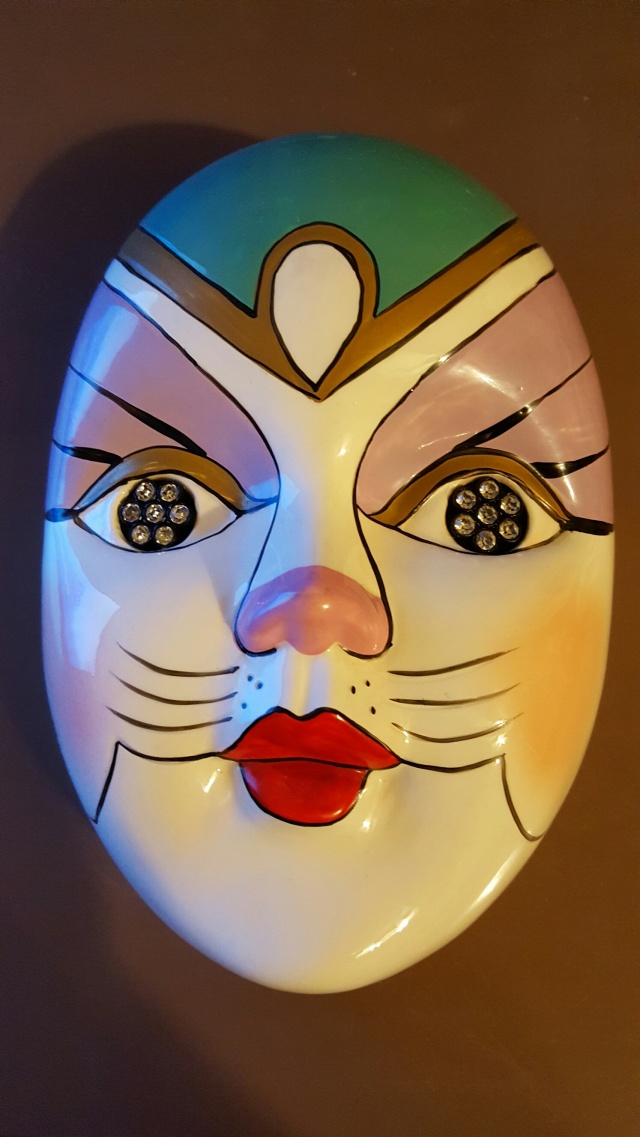 Some years ago I had a healing altar. I’ve missed having one ever since. I finally decided recently to make up another altar. I’ve been slowly picking out pieces of mine that I wanted to have on the altar. I’ve picked a few things that I have owned for many years and treasure. I finally decided that I consider them sacred and that they make me happy; two criteria that I have for sacred items that I would consider putting on my healing altar. So expect to see some photos this week as I start preparing my healing and sacred space.

I was going to wait a couple more months before finally assembling all the items on a end table, but finally decided that I will use the top or half of the top of my extra desk so that it is right beside me when I am at the computer desk and well within sight of my bed and the kitchen area.

Since starting on this process I have decided to put up several small altars as well throughout my space, as I decided to make healing and sacredness and personal space even more treasured and honored in my sacred home space, to really have it in every corner or space. So I am working on that too and will be posting about that more in the next week or two.

So much of my life and my healing has been inner-centered, and perhaps being multiple/DID that makes a lot of sense. But it would be more accurate to say that I have been hesitant and scared to put myself and my life out there in the world, even if only in my sacred home space, for fear of it or me/us being violated, devalued, or mistreated by others. The truth is that is why I have only allowed a few people into my space and allowing family into my space has never felt good, even when they tried to be somewhat respectful. So I guess that I have a ways to go on healing in this area of my life and my space.

I have decided that if I allow a family member into my space after things are changed then I will tell them in advance and ask them not to be critical. With my loud brother I won’t tell him and instead if he says anything I will just tell him it is my stuff and my space and his opinion is not being solicited; that seems to be a good way to stop him most of the time. Or try to change the subject, those are the only things that seem to work with him. Rules, boundaries, and limitations; they are all important things to have with a dysfunctional family of origin. It’s highly unlikely that he will come up to my apartment again, but in case he wants to, I will probably let him, if he is being nice.

Have you ever had a healing altar? What things did you have on it or would you have on one if you created it? Would colors be important? What colors? What kind of objects? I’d love to know more.

I’ll be sharing more in the next week.

© Kate1975, 2009-2021. Unauthorized use and/or duplication of material, created or written by Kate1975, without express and written permission from this blog’s owner is strictly prohibited.